You will be met on arrival at the International airport.
Transfer to your hotel. Relax. DELHI, the capital of kingdoms and empires is now a sprawling metropolis with a fascinating blend of the past and the present. Delhi is a perfect introduction to the composite culture of an ancient land and a window to the kaleidoscope - that is India.
Overnight will be at Delhi. 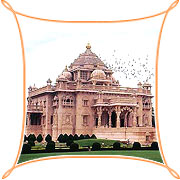 Start a Full day tour of Old & New Delhi after breakfast.
OLD DELHI - A sightseeing tour of Old Delhi would entail visiting the Raj Ghat - the memorial site where Mahatma Gandhi was cremated; Jama Masjid - the largest mosque in India and the Red Fort - once the most opulent fort and palace of the Moghul Empire.
Enjoy a Cycle rickshaw ride from Jama Masjid to Chandni Chowk.
NEW DELHI - An extensive sightseeing tour of New Delhi would include a visit to the Humayun's Tomb, the Qutub Minar, a drive along the ceremonial avenue - Rajpath, past the imposing India Gate, Parliament Houseand the President's Residence and would end with a drive through the Diplomatic Enclave.
Overnight will be at Delhi.

By Road : 260 km/6 hr.
Breakfast will be at hotel. Drive to Jaipur.
JAIPUR - The origins of the beautiful city of Jaipur can be traced back to the eighteenth century, during the reign of Jai Singh II who ascended the Amber throne in 1699. Jaipur today, epitomizes the spirit of Rajputana. In-spite of growing into a bustling metropolis, it still retains its character and history - A beautiful fusion of the yesteryears and modernity. It is popularly known as the Pink City because of the extensive use of the locally abundant pink plastered stone, painted so in honor of the visit of the royal consort of Queen Victoria. Jaipur thrills the soul with its massive forts, magnificent palaces, exquisite temples and lush gardens.
Reach Jaipur and check in at hotel. Shopping and relax in the evening. Overnight will be at Jaipur.

Proceed for morning excursion will be taken to the Amber Fort. Ride to the Fort on elephant back in a royal manner.
AMBER FORT PALACE - Amber is the classic romantic Rajasthani fort palace. Its construction was started by Man Singh I in 1592, and completed by his descendent Jai Singh I. Its forbidding exterior belies an inner paradise where a beautiful fusion of Mughal and Hindu styles finds its ultimate expression.
Afternoon sightseeing tour of Jaipur visiting...
CITY PALACE - A delightful blend of Mughal and traditional Rajasthani architecture, the City Palace sprawls over one-seventh of the area in the walled city. It houses the Chandra Mahal, Shri Govind Dev Temple and the City Palace Museum.
JANTAR MANTAR - This is the largest and the best preserved of the five observatories built by Jai Singh II in different parts of the country. This observatory consisting of outsized astronomical instruments is still in use.
HAWA MAHAL - The ornamental facade of this "Palace of Winds" is a prominent landmark in Jaipur. It is a five-storey structure of sandstone plastered pink encrusted with fine trelliswork and elaborate balconies. The palace has 953 niches and windows. Built in 1799 by Pratap Singh, the Mahal was a royal grandstand for the palace women.
Free in the evening or roam the city.
Overnight will be at Jaipur.

By Road : 221 km/6 hr.
Drive to Agra visiting Fatehpur Sikri en-route after breakfast.
The deserted, red Sandstone City, Emperor Akbar built that as his capital and palace in the late 16th century is an exhilarating experience. It a veritable fairytale city and its "ruins" are in pristine condition ... it's not hard to imagine what the court life must have been like in the days of its grandeur. Also visit the Bulund Darwaza, the largest gateway in the world.
Continue your drive to Agra and on arrival check-in at Hotel.
AGRA: Two great Mughal monarchs, Akbar and Shah Jahan, transformed the little village of Agra into a befitting second capital of the Mughal Empire - giving it the name Dar-ul-Khilafat {seat of the Emperor}. Today a visitor to Agra is caught up in a world of contrasting edifices, of red sandstone and white marble, narrow galleys and quaint buggies, and that irresistible charm that this favorite city of the Mughals still retains. It is not surprising, that modern Agra still reflects its Mughal heritage most conspicuously. Overnight will be at Agra.

Proceed for sightseeing of Agra after breakfast.
TAJ MAHAL: The fifth Mughal emperor, Shah Jahan, built it in 1631 in the memory of his second wife, Mumtaz Mahal, a Muslim Persian princess. She died while accompanying her husband in Behrampur in a campaign to crush a rebellion, after giving birth to their 14th child. Her death so crushed the emperor that all his hair and beard were said to have grown snow white in a few months. When Mumtaz Mahal was still alive, she extracted four promises from the emperor: first, that he build the Taj; second, that he should marry again; third, that he be kind to their children; and fourth, that he visit the tomb on her death anniversary. He kept the first and second promises. Construction began in 1631 and was completed in 22 years. Twenty thousand people were deployed to work on it. An Iranian architect designed it and it is best appreciated when the architecture and its adornments are linked to the passion that inspired it. It is a "symbol of eternal love".
Having buried her down at Behrampur, it was time for the emperor to keep his promise and build a tomb there itself. But by and by, it was felt that it was virtually impossible to transfer all the marble there, as it would cost an entire fortune and an entire lifetime. So, when Agra was chosen as the only alternative, astonishingly her grave was uprooted and brought to Agra, only to be finally transferred to the monument, completed twenty-two years later.
After Taj we will visit Agra Fort- which was built by Akbar In 1525 AD. After Agra Fort we will visit Baby Taj - The interiors of which are considered better than the Taj.
Overnight will be at Agra. 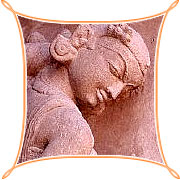 By Train : Train Name : Bhopal Shatabdi Express
Train No. : 2002
Departure : 0800 hr
Arrival : 1024 hr
Breakfast will be at hotel. You will be transferred to station for train to Jhansi.
Reach Jhansi and proceed to Orchha, 12 km away.
Orchha - A medieval city founded by bundela rulers with palaces and temples of the 16th and 17th century - which have remarkably withstood the onslaught of time. The city is picturesquely flanked by the river betwa.
Proceed for sightseeing of ORCHHA sites within the Fort Complex. Enjoy your lunch at Orchha.
Continue drive to Khajuraho.
Situated in the heart of india, in the state of madhya pradesh, khajuraho is a fascinating village with a quaint, rural ambience and a rich cultural heritage, honoured by the world as india's unique contribution to human civilisation. The chandela dynasty built eighty-five temples here. Twenty remain as embodiments of indian architectural and sculptural art at its most evolved state. Even ten centuries after they were constructed, the temples of khajuraho reflect an eternal philosophy relevant to all mankind. The temples of khajuraho is a world heritage site and belong not just to india but to the world. Khajuraho is one of the few millennium destinations of the world.
Reach Khajuraho. Transferred to hotel and relax. Evening will be free or you can go out for a stroll. Overnight will be at Khajuraho.

By Air Flight : 9W 334
Airline : Jet Airways
Departure : 1330 hr
Arrival : 1410 hr
Breakfast will be at hotel.
Proceed for a tour of the FAMOUS TEMPLES of Khajuraho.
Transfer in time to airport for flight to Varanasi. Upon arrival at Varanasi, you will be met and transferred to hotel.
Varanasi is the world's most ancient living city. Sunrise on the riverfront, as seen from a boat, can be spiritually uplifting sight. Crowded with temples, and its labyrinth of streets, the city attracts the maximum number of tourists. The religious capital of hinduism, varanasi is the carpet manufacturing place of india. It was previously known as kashi - the city that illuminates. The present name is derived from the fact that the city is at the confluence of the rivers varuna and asi.
Visit Sarnath - 5 miles out of Varanasi for a day excursion: One of the holiest Buddhist sites in the world, where Buddha preached his first Sermon in 590 BC. Witness the ruins of a once flourishing Buddhist monastery and then visit a fine Museum which houses an excellent collection of Buddhist art and sculptures found at the site.
Overnight will be at Varanasi.

Drive to Daswamedh Ghat early in the morning and take a boat ride on the sacred river Ganges to see the cremation Ghats and witness the living traditions of one of the world's oldest and most important religions. (To start at 0500 hrs. for the best lifetime experience) For you to appreciate this remarkable city, we'll transfer you to the banks of the River Ganges before the sun rises. Board a boat with your guide and proceed to the middle of the river, where at sunrise the sight unfolds before you. Thousands of faithful come daily to the banks to bathe and pray while in the background, temples and palaces rise in tiers from the water's edge. Return for a walk through the cobblestone streets along the banks of "Ganga". As shops are opening, the place now becomes a beehive of activity as the faithful are coming and going.
Proceed for a half day-guided tour of Varanasi including the Kashi Vishwanath Temple, Gyanvapi Mosque, Benaras Hindu University and other important monuments.
Spend night at Varanasi.

By Air Flight : 9W 334 Airline : Jet Airways Departure : 1440 hr Arrival : 1600 hr Breakfast will be served at the hotel. Relax in the morning and finish last minute shopping. Explore the city or visit the GHATS once more.
Proceed to the airport for flight to Delhi.
Reach Delhi and take connecting flight home.